New Exhibit To Be Launched At Paisley Park

Act Your age not your shoe size...

We were thrilled to hear this week that the long-promised shoe exhibit at Paisley Park is finally due to open on July 9th. And even better news, the display will be included on every level of Paisley Park Tour ticket.

According to one source there are over 1,000 pairs of Prince’s shoes in the Paisley Park collection, and over 300 have been carefully selected for this exhibit, which will even include pair of light up roller boots! 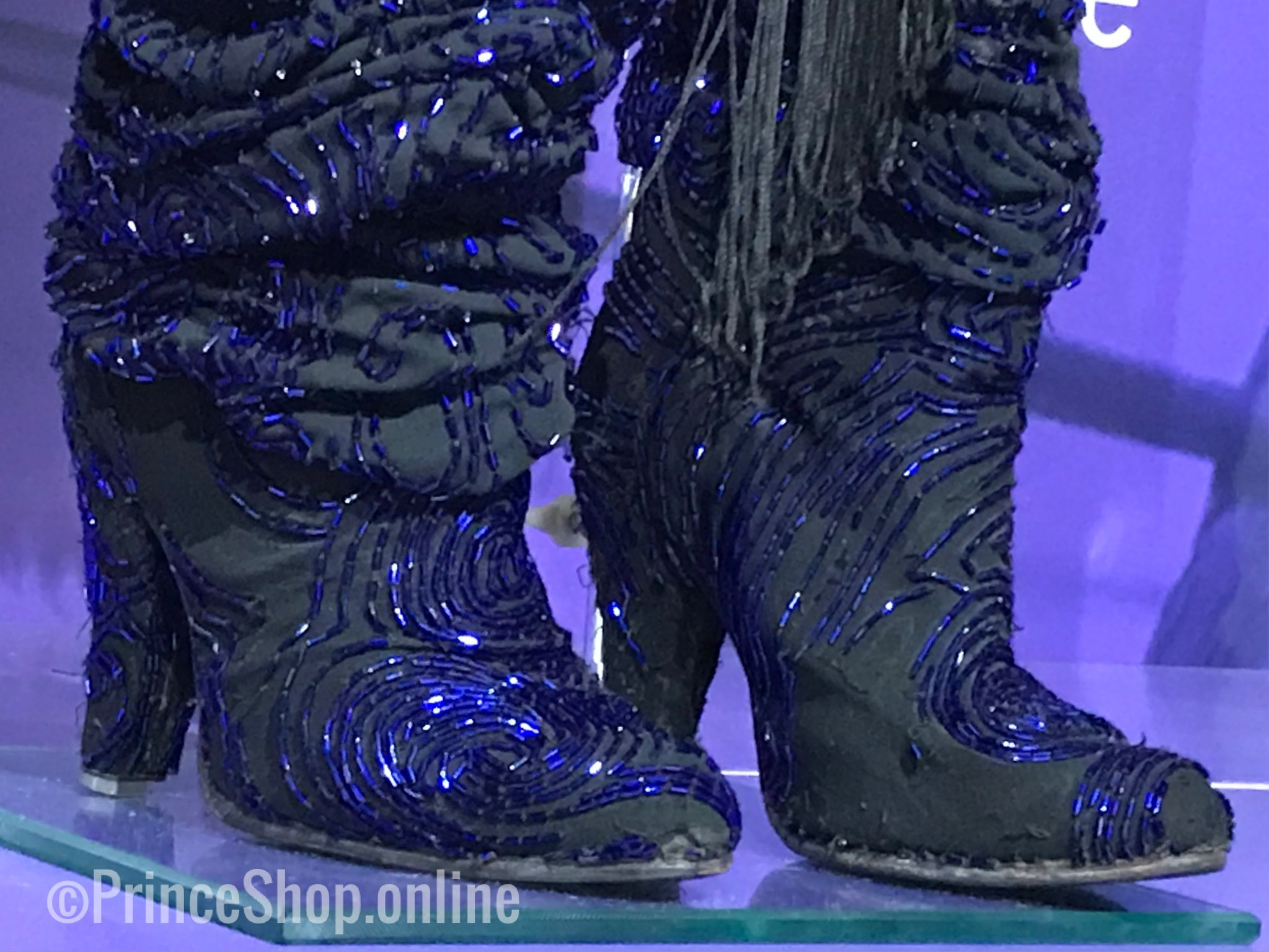 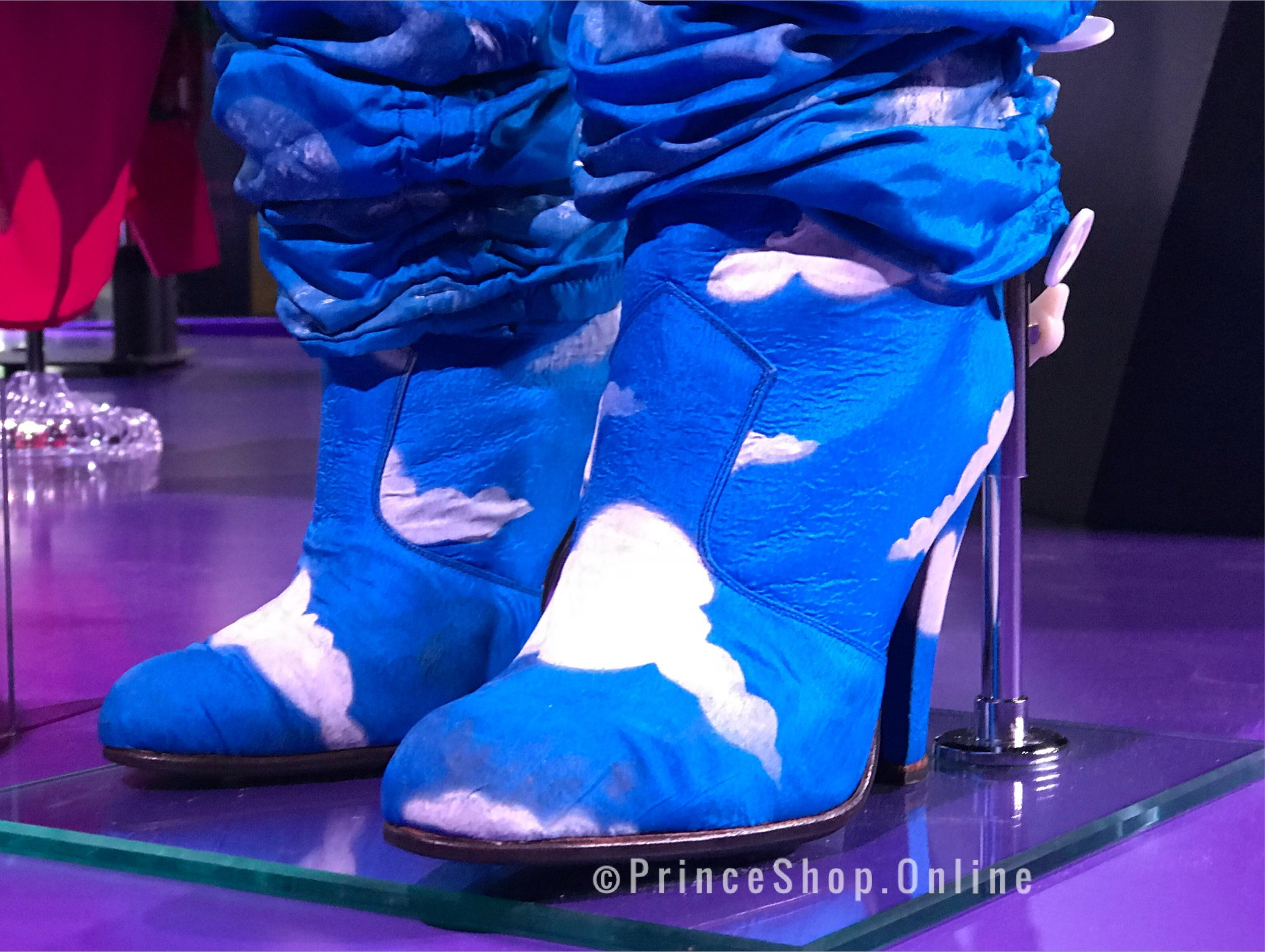 The hand painted boots from the Raspberry Beret video

The majority of Prince’s 3 ½ - 4-inch heels were custom made by Andre No 1, a Hollywood legend in its own right. Started by Andre Rostomyan over 50 years ago and now run by his nephew Gary Kazanchhyan. Their client list includes Frank Sinatra, Janet Jackson, Kiss, Lady Gaga and many more. Prince, however, was one of their most loyal customers. Making a pair of boots for Prince can’t have been the easiest of commissions, because these boots weren’t just made for walking, they needed to stand up  to Prince’s amazing stage performances including jumps from pianos and stage risers, spins and not forgetting those legendary splits. To accommodate this the boots were made with a heavier wood to give added impact absorption and the heels were given extra support with a stainless-steel bar. 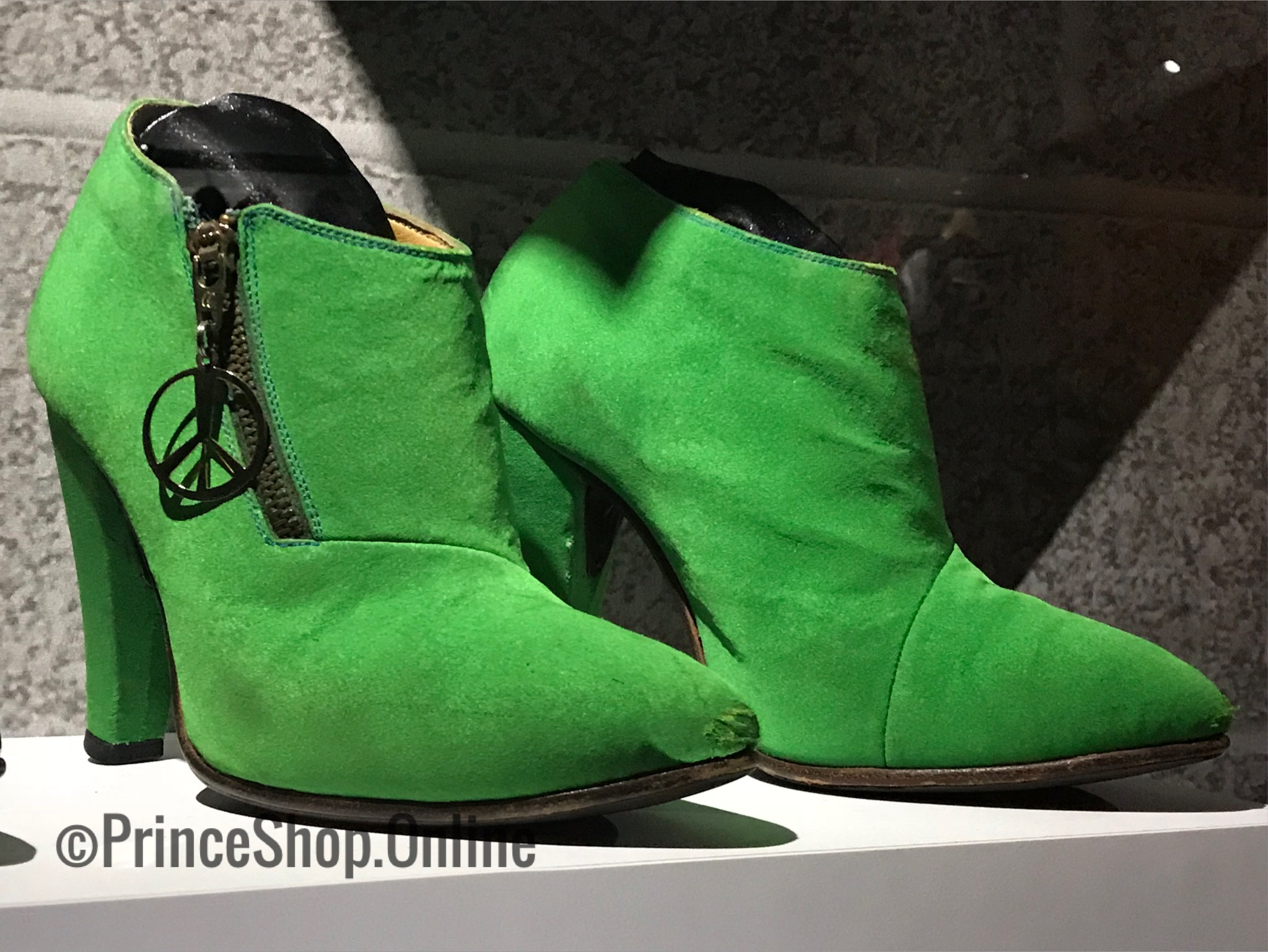 Several pairs of Prince's shoes were included during the My Name Is Prince Exhibition staged in London and Amsterdam. Having the privilege of attending the press launch for the London run, we were able to take photographs of the exhibits and have included some here. Being able to view these items up close is fascinating, not only for the incredible workmanship but also seeing the marks of wear.

Prince was quoted as saying “People say I'm wearing heels because I'm short. I wear heels because the women like 'em.” but it wasn’t just his iconic heeled boots that were made by Andre No. 1, do you remember the flat-form stacked flip-flops that Prince was rocking off stage in the mid 2000’s? They were custom made by the same company.

Always made in matching fabrics to his clothes, and often further customized with added charms on the zips (from peace signs, to batman logos to different evolving versions of his symbol)  this display of footwear will truly deserve  it’s title of The Beautiful Collection. 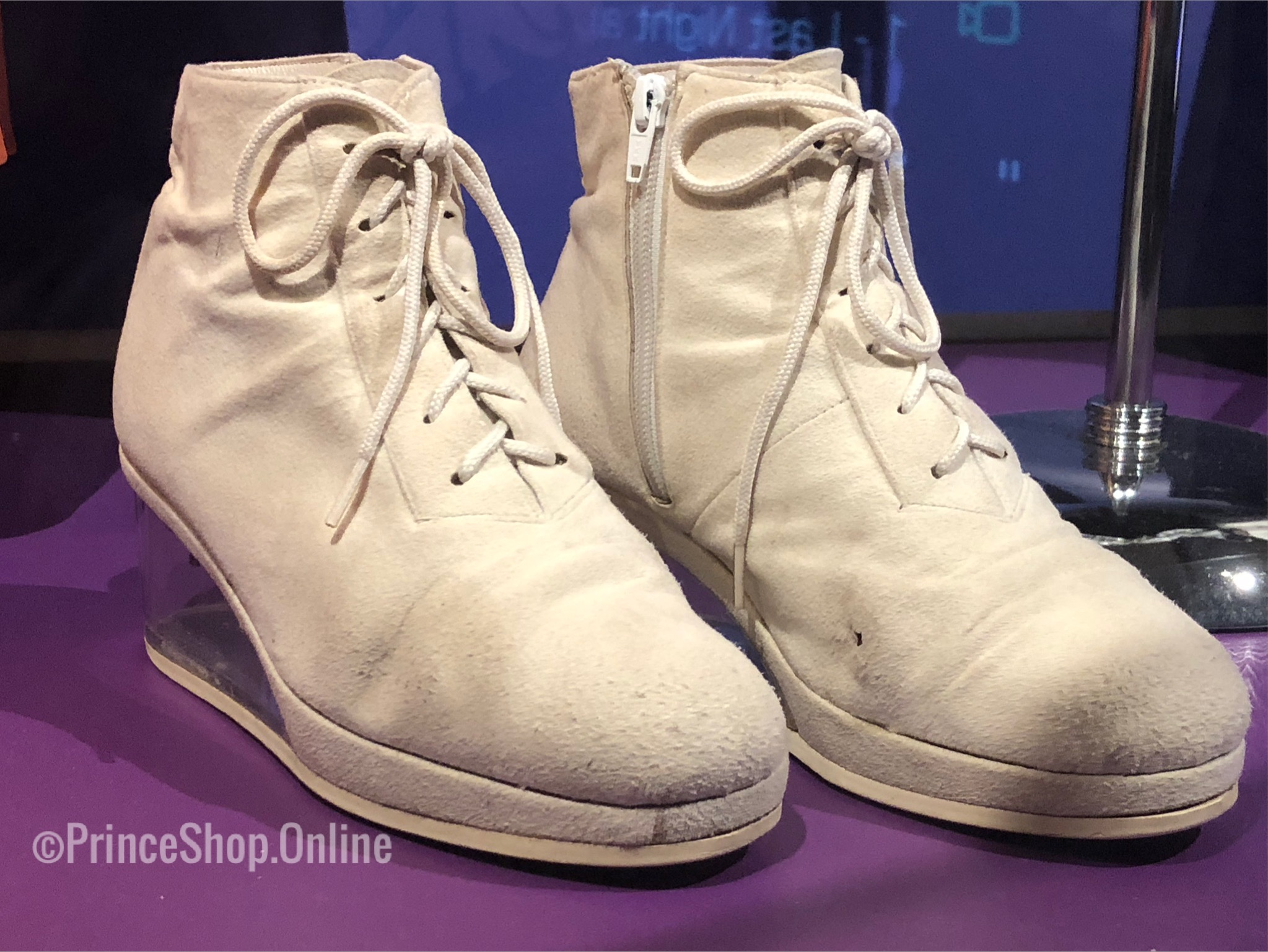 I hope the exhibit is still on display July 30th when I go to visit – I’m looking forward to seeing more of his shoes up close and personal as they are as iconic as he is! Each pair has a story to tell, I’m sure!